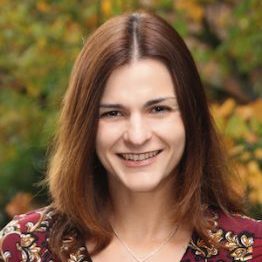 Boyana Norris received her B.S. in Computer Science at Wake Forest University in 1995 and her Ph.D. in Computer Science from the University of Illinois at Urbana-Champaign in 2000. She joined Argonne National Laboratory as a postdoctoral researcher in 1999 and continued working there through 2013 as an Assistant Computer Scientist and Computer Scientist. She is currently an Associate Professor at the Department of Computer and Information Science at the University of Oregon. Her research in high-performance computing (HPC) focuses on methodologies and tools for performance reasoning and automated optimization of scientific applications, while ensuring continued or better usability of HPC tools and libraries and improving developer productivity. She has coauthored over 100 peer-reviewed publications on topics including performance modeling, automated performance optimization (autotuning) of parallel scientific applications, embedding of domain-specific languages into legacy codes, source-transformation-based automatic differentiation, adaptive algorithms for HPC, component-based software engineering for HPC, and taxonomy-based approaches to learning and using HPC libraries.