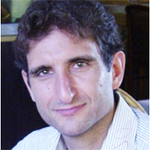 Franck Cappello is the Project Manager of Research on Resilience at the Extreme Scale at Argonne.  He received his Ph.D. from the University of Paris XI in 1994 and joined CNRS, the French National Center for Scientific Research. In 2003, he joined INRIA, where he holds the position of permanent senior researcher. In 2009, Cappello also became visiting research professor at the University of Illinois. He has developed and directed several R&D projects, including the MPICH-V project to provide a message-passing interface based on the Argonne-developed MPICH software. He also initiated the G8 “Enabling Climate Simulation at Exascale” project. Moreover, as a member of the executive committee of the International Exascale Software Project, he led the roadmap and strategy efforts for projects related to resilience at the extreme scale.