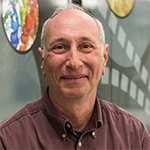 Ira Goldberg provides strategic financial leadership, analysis, and advice for the Argonne National Laboratory Leadership Computing Facility, which delivers world-leading computing capability for breakthrough science and engineering. He is utilized as a lab-wide resource for cost benefit analyses, leases, and third party financing. Prior positions at Argonne include heading finance for the Leadership Computing Facility and heading finance and administration for the CIO.

Previously, Mr. Goldberg was Vice President for Finance and Treasurer of Knox College in Galesburg, Illinois.  While at Knox, he oversaw the largest bond issue in the college’s history, restructured the endowment investments, and led a transition to computerization in the Business Office. He teaches Economics, Finance, and Decision Making at the University of Chicago’s Graham School and has worked in economics and finance as a consultant.

Mr. Goldberg is involved as a volunteer. He served the Argonne Credit Union for over ten years in different capacities, including Chairman of the Board, Treasurer, and Supervisory Committee Chair. A former board member of the University of Chicago Alumni Club-Chicago, he was voted President Emeritus, and continues to plan alumni events. He also served as a volunteer and Board member of the Chicago Booth School Alumni Club for 20 years.

Mr. Goldberg holds a Doctorate and Master’s in Economics from Southern Illinois University where he wrote his dissertation about philosophy of science and social science. He has an MBA in finance and accounting from the University of Chicago’s Booth School of Business where he attended classes with four Nobel Laureates. Mr. Goldberg also has a Bachelor of Arts degree from Knox College. He enjoys outdoor activities, especially hiking, biking, gardening, and cross-country skiing, and was a top ten finisher at the 2014 Turkish Airlines World Golf Cup finals.