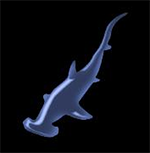 Jamie Dixon has been making feature films since the late 1980’s and became a member of the Motion Picture Academy in 1993. He was one of the first employees of Pacific Data Images and the founder and head of their feature film division. At Pacific Data Images Jamie developed digital scanning and printing techniques that were among the earliest stirrings of modern digital filmmaking. His digital wire removals in Terminator 2 were one of the first examples of what has now become a common process. Jamie’s creation of the face transitions from Michael Jackson’s Black and White music video made the word “morphing” a permanent part of our cultural lexicon.

In 1995 Jamie founded Hammerhead Productions. Under his direction Hammerhead has completed more than 10,000 visual effects shots on over 100 major motion pictures. His cutting edge application of computer graphics can be seen in the dolphins swimming happily under the doomed Titanic and the surprisingly premature death of Samuel Jackson’s character in Deep Blue Sea. He has destroyed a planet in Fantastic Four: Rise of the Silver Surfer, lit Tim Allen’s hair on fire in Joe Somebody, created alien planets in The Chronicles of Riddick and put a scantily clad Angelina Jolie onto the hood of a speeding Viper in Wanted. Jamie supervised holographic displays for Prometheus and recreated the historic ballparks of 1947 in “42”, complete with thousands of cheering fans.

In addition to supervising visual effects work at Hammerhead, Jamie has also taken the role of VFX supervisor for the production, overseeing 900 shots on Green Hornet that were distributed between 5 companies and as noted above, “42”, sharing 550 shots between 3 companies. Pursuing his interest in storytelling, Jamie has directed two feature films and a series of short subject, fully animated 3D cartoons.