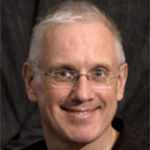 Martin Berzins is a multi‐disciplinary Computational Science researcher whose research cuts across Applied Mathematics, Computer Science and Engineering and is focused on the development of partial differential equations software for solving challenging engineering problems from a variety of applications on extreme‐scale computers.

In 2003 he moved to the University of Utah, where he was Associate Director (2003‐2005) and then Director of the School of Computing (2005‐2010). From 2005 until 2014 he was co‐Editor in Chief of Applied Numerical Mathematics. In 2012 he became Recipient Program Manager of the US Army Research Laboratory Collaborative Research Alliance in MSME (Multiscale multi‐disciplinary Modeling of Electronic Materials), that brings together nine universities in undertaking electronic materials by design. In 2013 he became the Computer Science lead in the DOE NNSA PSAAP2 Carbon Capture Multidisciplinary Simulation Center at the University of Utah.