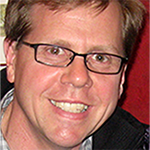 Michael (Mike) Heroux is a Senior Scientist at Sandia National Laboratories and Scientist in Residence at St. John’s University. His research interests include all aspects of scalable scientific and engineering software for new and emerging parallel computing architectures.

He leads several projects in this field: The Trilinos Project (2004 R&D 100 winner) is an effort to provide reusable, scalable scientific software components. The Mantevo Project (2013 R&D 100 winner) is focused on the development of open source, portable mini-applications and mini-drivers for the co-design of future supercomputers and applications. HPCG is an emerging benchmark for ranking the TOP 500 computer systems, complementing LINPACK.

Mike is a Distinguished Member of the Association for Computing Machinery (ACM), and a member of the Society for Industrial and Applied Mathematics (SIAM). He has been Editor-in-Chief for the ACM Transactions on Mathematical Software (2011 – 2016), Subject Area Editor for the Journal on Parallel and Distributed Computing (2012 – 2016) and Associate Editor for the SIAM Journal on Scientific Computing (2010 – 2015).  He is past chair of the SIAM Activity Group on Supercomputing and is presently a member of the ACM ad hoc committee on reproducibility, focusing on improving reproducibility in computational science, especially as part of the Supercomputing conference series.

Mike works remotely for Sandia, maintaining an office at home in rural central Minnesota and at St. John’s University in the Computer Science Department.