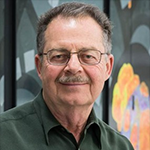 Dr. Paul Messina is Advisor to the Associate Laboratory Director and Laboratory on Exascale and Argonne Distinguished Fellow at Argonne National Laboratory. His current role is Project Director for the U.S. DOE Exascale Computing Project, a multi-laboratory project.  During 2008-2015 he served as Director of Science for the Argonne Leadership Computing Facility and in 2002-2004 as Distinguished Senior Computer Scientist at Argonne and as Advisor to the Director General at CERN (European Organization for Nuclear Research).

In his first association with Argonne from 1973-1987, he held a number of positions in the Applied Mathematics Division and was the founding Director of the Mathematics and Computer Science Division.