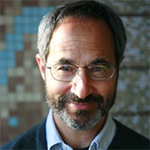 Rob Schreiber is a Distinguished Engineer at Cerebras Systems, Inc., where he works on architecture and programming of systems for accelerated training of deep neural networks. Schreiber’s research spans sequential and parallel algorithms for matrix computation, compiler optimization for parallel languages, and high performance computer design. With Moler and Gilbert, he developed the sparse matrix extension of Matlab.  He created the NAS CG parallel benchmark.  He was a designer of the High Performance Fortran language. Rob led the development at HP of the PICO system for synthesis of custom hardware accelerators.  He has help pioneer the exploitation of photonic signaling in processors and networks. He is an ACM Fellow, a SIAM Fellow, and was awarded, in 2012, the Career Prize from the SIAM Activity Group in Supercomputing.