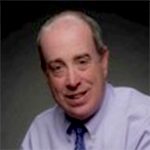 Currently Associate Lab Director for computing and Chief Information Officer as well as head of the Scientific Computing Division, Roser is responsible for ensuring that the laboratory’s scientific programs have the computing hardware, software, data acquisition and electronics support needed to achieve the optimum level of success as well as manage the IT and business system infrastructure. With a data center currently with a 4.5MW capacity and the ability to currently house in excess of 400 PB of data, Roser oversees daily computing operations at Fermilab and develops strategy to enable current and future ambitious experimental endeavors.

Prior to this, Roser led the primary colliding-beam experiment, the Collider Detector at Fermilab (CDF), at Fermilab’s Tevatron accelerator for much of the last decade. Consisting of more than 700 scientists from 60 academic institutions across 15 countries, the CDF collaboration is best known for the discovery of the Top Quark; and, along with its sister experiment, D-Zero, CDF found first evidence of the long sought after Higgs Boson.

Dr. Roser received his bachelor’s degree from the University of Connecticut and his doctorate from the University of Rochester; he was a post-doctoral research associate at the University of Illinois at Urbana-Champaign before joining Fermilab as a Wilson Fellow. He is a member of numerous scientific advisory panels, a fellow of the American Physical Society and is the author of over 600 refereed publications. He currently resides in Elburn, Illinois, with his wife and two spoiled Brittany pups.