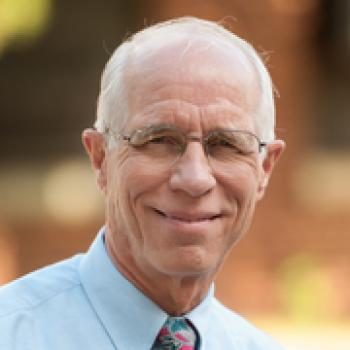 Roger Blomquist served as a nuclear propulsion officer on a US Navy nuclear-powered submarine, where he supervised operation of the nuclear propulsion system, including the reactor, mechanical, electrical, and instrumentation systems, as well as the ship’s high-pressure air and hydraulic systems. In parallel with his work at Argonne, he served an additional 26 years in the Navy Reserves.

Blomquist has worked at Argonne since he was a graduate student at Northwestern University in the late 1970s. His career has been centered on computational methods in neutron transport and reactor physics, especially Monte Carlo simulations and nuclear data processing for reactor physics computer programs. He chaired the international Expert Group on Source Convergence in Criticality Safety Analysis, part of the Organization for Economic Cooperation and Development. He did the nuclear design calculations for Argonne’s Intense Pulsed Neutron Source Booster Target and has also performed reactor physics analyses of research reactors and commercial reactor fuels.

He currently serves on the Nuclear Engineering Division Outreach Committee, which responds to public inquiries, provides speakers for civic groups, interfaces with university nuclear engineering departments, and maintains the content in the Argonne Nuclear Energy Exhibition Hall. He has also co-taught nuclear energy courses at Northwestern University, UIC, the University of Chicago, and the National Polytechnic University of Armenia.