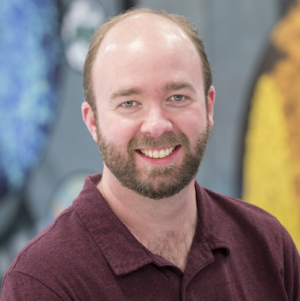 Ti Leggett is the ALCF-Polaris Project Director, the ALCF-3 Deputy Project Director, and Deputy Director of Operations for the Leadership Computing Facility at Argonne National Laboratory, where he has worked since 2001. In his role as ALCF-Polaris Project Director he is responsible for ensuring that the Polaris system is delivered, installed, integrated, and accepted appropriately and that all the necessary site modifications are completed ahead of its delivery. In his role as ALCF-3 Deputy Project Director, he helps to develop and prepare for Argonne’s future exascale system, Aurora.   As Deputy Director of Operations, Ti helps oversee the deployment and operation of some of the fastest supercomputers in the world. In addition, Ti has worked on a variety of Argonne research projects, including group to group collaboration, virtual reality, and scientific visualization. He was born and raised in Mobile, Alabama, and received his bachelor’s degree in computer science from Tulane University in 2000. He been involved in High Performance Computing since 1998.