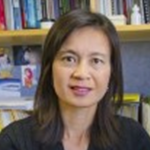 Sherry Li is a Senior Scientist in the Computational Research Division, Lawrence Berkeley National Laboratory. She has worked on diverse problems in high performance scientific computations, including parallel computing, sparse matrix computations, high precision arithmetic, and combinatorial scientific computing. She is the lead developer of SuperLU, a widely-used sparse direct solver, and has contributed to the development of several other mathematical libraries, including ARPREC, LAPACK, PDSLin, STRUMPACK, and XBLAS. She earned Ph.D. in Computer Science from UC Berkeley and B.S. in Computer Science from Tsinghua Univ. in China. She has served on the editorial boards of the SIAM J. Scientific Comput and ACM Trans Math Software, as well as many program committees of the scientific conferences. She is a Fellow of SIAM and a Senior Member of ACM.