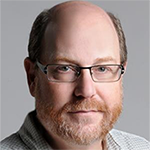 Michael J. Franklin is the inaugural holder of the Liew Family Chair of Computer Science. An authority on databases, data analytics, data management and distributed systems, he also serves as senior advisor to the provost on computation and data science.

Franklin most recently was the Thomas M. Siebel Professor of Computer Science and chair of the Computer Science Division of the Department of Electrical Engineering and Computer Sciences at the University of California, Berkeley, where he currently is an Adjunct Professor. He co-founded and directs Berkeley’s Algorithms, Machines and People Laboratory (AMPLab), a leading academic big data analytics research center, The AMPLab won a National Science Foundation CISE “Expeditions in Computing” award, which was announced as part of the White House Big Data Research initiative in March 2012, and has received support from over 30 industrial sponsors. AMPLab has created industry-changing open source Big Data software including Apache Spark and BDAS, the Berkeley Data Analytics Stack. At Berkeley he also served as an executive committee member for the Berkeley Institute for Data Science, a campus-wide initiative to advance data science environments.

An energetic entrepreneur in addition to his academic work, Franklin founded and became chief technology officer of Truviso, a data analytics company acquired by Cisco Systems. He serves on the technical advisory boards of various data-driven technology companies and organizations.

Franklin is a Fellow of the Association for Computing Machinery and a two-time recipient of the ACM SIGMOD (Special Interest Group on Management of Data) “Test of Time” award. His many other honors include the outstanding advisor award from Berkeley’s Computer Science Graduate Student Association. He received the Ph.D. in Computer Science from the University of Wisconsin in 1993, a Master of Software Engineering from the Wang Institute of Graduate Studies in 1986, and the B.S. in Computer and Information Science from the University of Massachusetts in 1983.