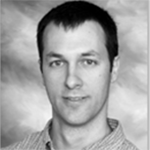 Dr. Bauer obtained his B.S. in Mechanical Engineering from Binghamton University in 1996. He earned his Ph.D. from the University at Buffalo in 2003, with his dissertation titled “Efficient Solution Procedures for Adaptive Finite Element Methods – Applications to Elliptic Problems”. This work focused on efficient mesh partitioning using Space Filling Curves and preconditioning of symmetric positive definite matrices for faster iterative solution convergence. While at UB he also did a post-doc with a group of mathematicians, computational scientists, geologists, and geographers working on simulating granular flows. His work has been published in several peer-reviewed, international conferences and journals.