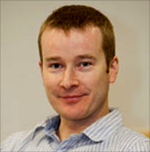 David Lecomber is the CEO and a founder of Allinea Software. He has played a role in parallel and high performance computing for over two decades. He holds a DPhil from Oxford University, where his research interests included programming models for concurrency and general purpose parallel computing, and he subsequently held research and teaching positions within the university. In 2002 he helped found Allinea Software to create tools for the forthcoming parallel era. The Allinea team has a passion for making the development of multi-process or multi-threaded codes easier – from the desktop through to supercomputers with millions of cores. David led the development team that created the world’s first Petascale debugger and profiler – the only commercial software tools to have been proven to run concurrently on over 100,000 cores – and now in production use at over 700,000 cores.