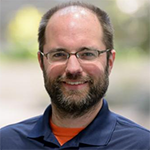 Robert Latham is a senior scientific programmer at Argonne National Laboratory. After earning his B.S. (1999) and M.S. (2000) degrees in computer engineering at Lehigh University (Bethlehem, PA), he worked at Paralogic, Inc., a Linux cluster start-up. His work with cluster software including MPI implementations and parallel file systems led him to Argonne, where he has spent the past 8 years.

His research focus is on high-performance I/O for scientific applications and I/O metrics. He has worked on the ROMIO MPI-IO implementation, the parallel file systems PVFS (v1 and v2), and Parallel NetCDF.