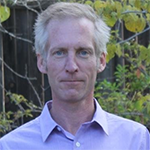 Howard Pritchard is a Research Scientist at LANL and serves as the team lead for LANL’s HPC application readiness team.  His areas of research include investigation of the performance of mission-critical applications on future systems, with a focus on architectures promising efficient computing at scale.  Another area of his research is development of extensions to the MPI Standard as part of the Exascale Computing Project, as well as development and support of the Open MPI implementation of MPI.  He is also active in the support and development of networking middleware software including OpenUCX , OFI libfabric, and OpenSHMEM.