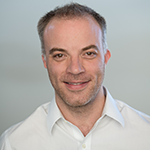 Simon Hammond is a Principal Scientist in the Scalable Computer Architectures group at Sandia National Laboratories. He has worked in the group for eight years and served in multiple capacities as a technical leader for Sandia’s Application Performance Team and the lead of its Hardware Architecture Simulation group. In 2017, he joined the Exascale Computing Project (ECP) as a technical representative in the PathForward research program – to date, the largest computer hardware research project sponsored by the Department of Energy – and the lead of the ECP’s Hardware Evaluation team. Simon was the application and performance led for Sandia’s Astra platform, the world’s first petascale Arm-based supercomputer. In that capacity he led Sandia’s initial evaluation of Arm technologies including compiler toolchains, profilers, debuggers and scalable communication runtimes. Prior to joining Sandia, Simon studied for his PhD at the University of Warwick, England and was a visiting researcher at the United Kingdom’s Atomic Weapons Establishment (AWE).