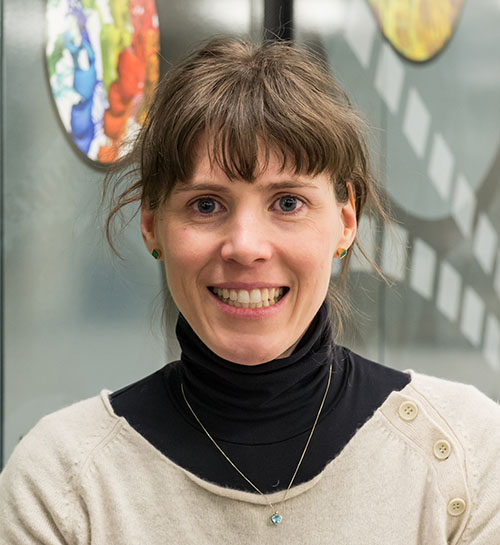 Dr. Eng. Marta García Martínez is Computational Scientist in the Computational Science Division (CPS) at Argonne National Laboratory and the Program Director of the Argonne Training Program on Extreme-Scale Computing (ATPESC) since 2015. Born in Calahorra(Spain), she moved to Zaragoza to study Mechanical Engineering and had the opportunity to carry out her final project with a Socrates/Erasmus Grant in the Aerospace and Mechanical Engineering Dept. of the University of Rome “La Sapienza” (Italy). She obtained the Degree in Mechanical Engineering, Centro PolitécnicoSuperior, Zaragoza, (Spain) in 2001. She worked initially at the “Instituto Tecnológicode Aragón”, Zaragoza (Spain) as an intern making acoustic measurements and other viability studies. Then, she was project manager at INGEMETAL for collaboration between American and Spanish workers for the construction of the Burke Soleil Cover of the Milwaukee Art Museum addition. After that project she moved to Toulouse (France) where she worked for 3 years as Study Engineer at CERFACS, research laboratory where she carried out her Ph.D. in Fluid Dynamics delivered by the University of Toulouse, INPT, Toulouse (France) in 2009. Her research activities have been mainly focused on computational fluid dynamics simulations and high-performance computing. After receiving her Ph.D. she worked as a postdoctoral fellow in this same laboratory before joining Argonne National Laboratory in 2010.