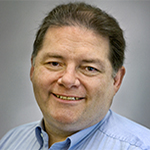 He has developed high-resolution and adaptive numerical algorithms for partial differential equations and numerical simulation capabilities for a variety of applications in science and engineering. He has also participated in the design of high-performance software infrastructure for scientific computing, including software libraries, frameworks, and programming languages.
Honors and awards include the IEEE Sidney Fernbach Award for high-performance computing in 1998, the SIAM/ACM prize (with John Bell) for computational science and engineering in 2003, election to the US National Academy of Sciences in 2004, and election to the inaugural class of SIAM Fellows in 2009.