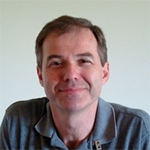 Tom is an assistant computer scientist at Argonne National Laboratory, fellow at the Computation Institute of the University of Chicago, adjunct assistant professor at the University of Illinois at Chicago, and fellow at the Northwestern Argonne Institute for Science and Engineering. His research interests are in large-scale parallelism for in situ analysis of scientific data. His work has led to two best paper awards and publications in ACM SIGGRAPH, IEEE VR, IEEE TVCG, and ACM/IEEE SC, among others. Peterka received his Ph.D. in computer science from the University of Illinois at Chicago, and he currently works actively in several DOE- and NSF-funded projects.